Approach the Russian-Ukrainian conflict according to the Israeli perspective. 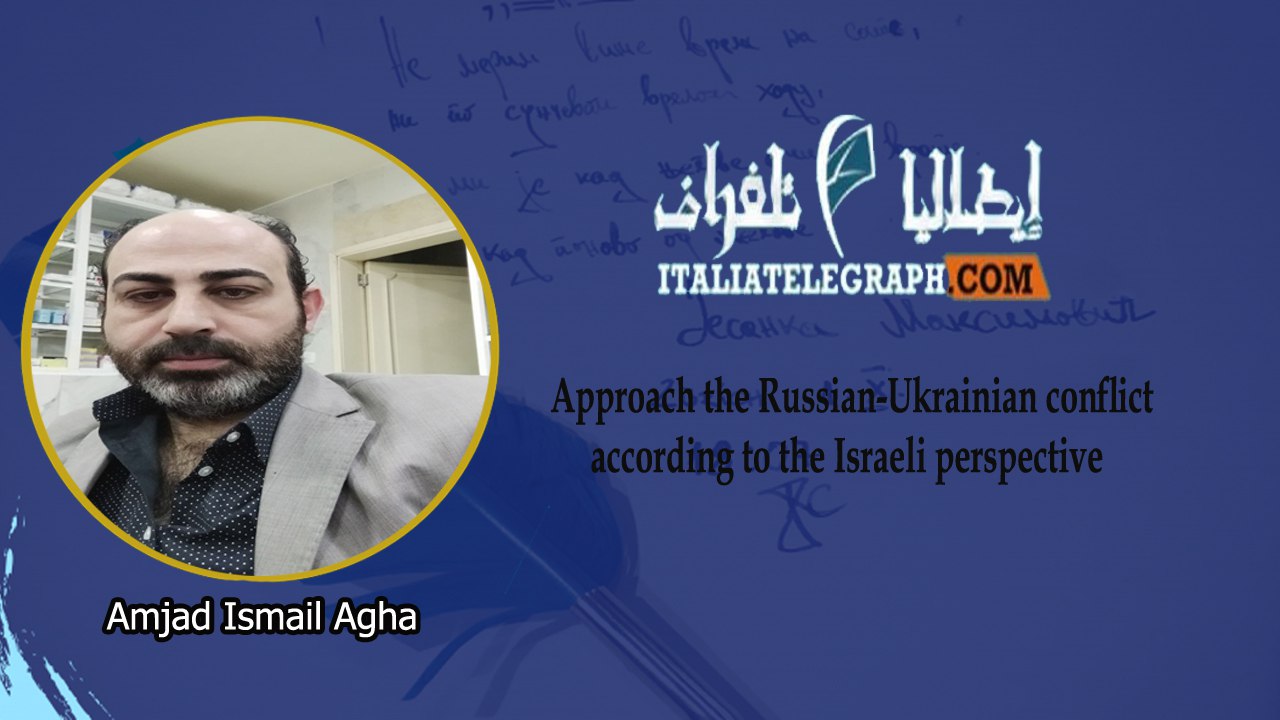 It was not neutral, as much as it was a strategic approach, political employment and investment for the situation of the Russian-Ukrainian conflict, and a new extraction of equations on the chessboard of the Middle East. This is the Israeli position, which came within the equation of playing the role of mediator, to keep political papers that allow him to barter in various files, especially the Syrian file, as well as the Iranian nuclear agreement, especially as Israel realizes that the nature of the Russian-Ukrainian crisis, and the context of its developments and results, will be established at the end Ultimately, a state of pressure is used by Washington towards its regional and international partners, in order to put Russia under a policy of maximum pressure; All this in the context of what Washington calls the fateful confrontation with Russia.

It is indisputable that Israel adopted an independent political approach towards the events in Ukraine, in a way that guarantees the continuation of cooperation with Russia in Syria, as well as trying to convince the United States of Israeli desires, as well as security concerns related to the approaching signing of the nuclear agreement with Iran. All of this is understood. On the one hand, it fears the repercussions of an international crisis that may change the balance of international and regional powers and their direction in conflict with Israel’s interests, on the one hand, and on the other hand, it puts Israel in a position where it is difficult to reconcile its alliance with the United States of America, its vital depth and its strategic support, And its understanding with Russia, which has become its neighbor in Syria, and needs it in a number of regional and other files.

On the second of March 2022, in a session condemning the Russian military operation in Ukraine, Israel voted in the United Nations General Assembly, in favor of condemning the Russian military operation, but it was noted that Israel reduced its participation in the aforementioned session to the level of deputy ambassador, in order to mitigate the impact of participation, and it had reservations Israel at that time, for any military assistance to Ukraine, and on the fifth of last March, the Israeli Prime Minister, Naftali Bennett, visited Moscow, during which he met with Russian President Vladimir Putin, and as it was announced, Israel presented itself as a mediator between the two sides of the crisis. Ukrainian, implicitly between Moscow and the West.

Within the foregoing, it has become clear that Israel’s motives for playing the mediator’s role stem from two factors, one of which is the Israeli assessment of the risks it faces in its regional environment, and at the same time, it needs regular relations with Russia and the United States as well as the West, and in deeper directions, Israel seeks to maintain the relationship With Moscow, within the frameworks of cooperation and positive interaction, in order to achieve Israel’s goals in two things, which can be summarized as follows:
First – the Iranian nuclear agreement, which has reached its final stages, according to Israeli estimates, according to which Israel fears that Iran will become a nuclear state, and therefore, Israel is aware of the Russian influence in this regard, in addition to being a permanent member of the Security Council, concerned with controlling the spread of nuclear weapons And it has an impact on most of the region’s crises, and most importantly for Israel, Russia has good relations with Iran.

The second – Israeli concerns due to the Iranian expansion in Syria, especially since the latter is a common theater for the resistance forces to confront Israel. It is a theater in which Russia is strongly and effectively present, and despite this, Israel has been able to develop a mechanism in security communication with Russia, which prevents any friction or confrontation with the Russian forces, as Israel is still continuing its raids on Syria, placing it under the headings of protecting its security and targeting shipments. Weapons, especially precision missiles, which Iran sends to Hezbollah, as well as weapons depots and drones, which may break the balance of power with Israel in any upcoming confrontation.

Among the foregoing, Israel has relied on Russia as one of the most prominent actors and influencers in the Syrian file, especially in the aspect of limiting Iranian influence in Syria, and Israel is using Russia as an effective channel of communication with the Iranians, for example, the agreement to reposition the supported factions Iran, so that it is relatively far from the borders with the Golan and the borders of Israel, or to reduce the possibilities of confrontation between Israel and Iran, especially since the two countries have been involved in wars that have not ended yet, and even between Hezbollah and Israel in Lebanon and the entire region, especially since the causes of war are always present, As well as other roles in this regard.

The approach adopted by Israel towards the Russian-Ukrainian crisis stems from determinants that allow it to evade any political or military commitment, whether with Washington or Moscow, and at the same time, keeps its ability to play a mediating role and reach all parties to the conflict, present, effective and influential. Israel has so far achieved that approach, but there remain many Israeli concerns, specifically with regard to the nuclear agreement with Iran, which puts Israel in front of a new reality, represented in the recovery of Iran’s capabilities, and the possibility of the Iranian role prevailing over the Russian role in the region.

In sum, Israel fears international reactions in terms of the Russian military operation in Ukraine, and places this among the fears of turning into a model in international relations, which still adopts hostile policies towards Palestine and its regional surroundings. Despite this, Israel seeks, based on the readings of the Russian-Ukrainian war. To maintain a margin of maneuvering, allowing it to conclude understandings and launch initiatives that achieve its interests and allow it to adapt to any regional and international developments and repercussions, as a result of the continuation of the Russian military operation in Ukraine.