The importance of the Arabic language 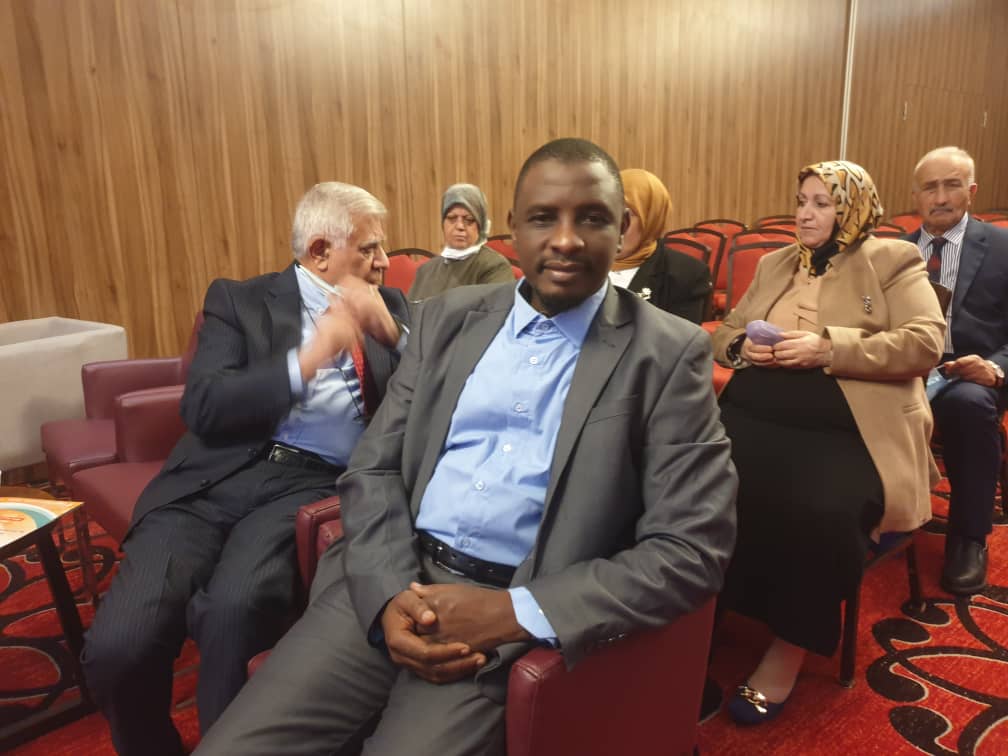 Language is a means of communicating thoughts, ideas, and concepts. Through this
medium, ideas are conveyed from one person to another, from one place to another, and
from the past to the present and recorded for the future. Whether written or spoken, it
remains as a medium through which people express their thoughts, images, and emotions in a manner comprehensible to others.

If we analyze language, and study the relationship between language and thought
the issue becomes more complex. Does language play a role in the way we perceive,
think, analyze, or judge, and if so to what extent and in what ways? Many different
scientific theories and research have only contributed to confusion. Rather, we will
discover through empirical evidence that language is not part of the thinking process
but one of its byproduct. This is evident by people who speak different languages and
share similar ideologies and views. It is common to see a Chinese, a Korean, a Cuban,
or a German adopting Communism as an ideology and applying it without any
interference from their respective languages.

These languages do not modulate their viewpoint towards different issues. The same
can be said of the Muslim and Capitalist with respect to the fact that dissimilar languages
do not result in ideological differences. To claim the opposite does not only mean to cast
a blind eye on hard empirical evidence but more significantly demonstrates a racial
inclination that speakers of certain languages are more intelligent than speakers of other
languages. It should be emphatically noted that language is independent from thought,
and that thinking precedes language and thinking produces language and continues to
expand the depth and breadth of language.

Moreover, there is no language that is superior to another. A certain language is viable to the extent that it can encompass the various needs of the people who speak it. As such
needs expand in scope or multiply in number, the medium will naturally expand and improve by borrowing existing terms and words from other languages or through the coinage of new terms and words.

Arabic, like other languages is a medium of communication. It is not a sacred language as some believe. By origin it is believed to have come into existence around three thousand years ago, though its writing appeared much later. Some Muslims scholars used to believe that Arabic came from Allah (swt) and cite the verse, “…He Taught Adam all the names.” The majority of scholars, however, believe that the verse refers to Allah (swt) instructing Adam what things are called and how he could use them. After all, we know that the Arabs are descendants of Isma’eel and Ibrahim who lived at a time when Arabic was not used.

Arabic, however, is very unique. It is the language of the Qur’an and Sunnah. It is the
medium through which the Islamic concepts and laws were conveyed to us. It is impossible to know what Allah (swt) wants us to do without knowing and understanding Arabic.

Nobody can claim to know why Allah (swt) selected Arabic for His final revelation. Allah
(swt) says:

“Allah knows best where, or to whom, He should reveal His Message.” [TMQ 6:124]
The Arabic language has certain characteristics. One of them is that it is
derivational, rendering it as a language where a Mujtahid can seek the Illah or reasons
behind the law and thus extend the Illah to other situations to apply the law. Another
fascinating quality of Arabic is in its richness in words which describe human actions and
feelings while lacking names of objects. As a matter of fact, many Arabic words describing objects have their etymological roots in other tongues like Persian, Hindi, and Ethiopian. The Arab who lived in the desert with very few objects and many actions was compelled to deal with the harsh nature of the desert, managed to produce a language capable of describing human thought and actions in a clear manner. Life in the desert continued to be an inspiration for those who sought oratory skills and eloquence for many generations.

Fundamental beliefs: the Arabic language here is not relevant. One can become a Muslim and believe in Allah, His Angels, Messengers, Revelation, Day of Judgment, or Divine Destiny, simply by pondering about the creation of Allah and accepting what he or she is asked to believe in.

Practice: To practice Islam, one needs to know a certain amount of Arabic, such as in
performing the ‘Ibadah (e.g., Salah or Hajj); Islamic law: Arabic is required for the study of
Islamic law, ‘Usul ul Fiqh and Hukm Shari’ (the body of laws). Muslim scholars mastered
Arabic, its syntax, semantics, vocabulary, grammar, various modes of usage, and
rhetoric as a prerequisite for Ijtihad. Since Islamic law deals with all aspects of life;
social and individual, economic and cultural, and since the Qur’an and Sunnah constitute
the foundation of Islamic civilization, any serious study of Islam should include the
study of Arabic. The Arabic which is meant here is the classical Arabic along with its
structure. The study of colloquial Arabic of a certain dialect or vernacular is without value
in this regard.

It eventually led to the closure of the doors of Ijtihad and the opening of the doors of
Taqleed or imitation. At one point, Ijtihad became impossible and as a result, new issues
and circumstances were either left out without knowing the Islamic views on them or were accepted as being Islamic only because there is no direct evidence in Islam against them. As a result, many Muslims began to believe that Islam is a thing of the past and looked for answers to new issues in the Kufr civilization.

When the Kuffar finally abolished Islam as a way of life, only a few amongst the Muslims
objected to it because it was widely accepted that Islam was an obstacle to modernization and progress. This is a view which is still rampant amongst some Muslims today who express it directly if they are secular or indirectly by finding middle grounds between Islam and the Western civilization if they are
“moderates.”

Revival is not embodied in material or scientific advancement. Rather, the intellectual and ideological elevation is the basis for the correct revival, whereby material advancement is a byproduct . Thus, the revival for Muslims lies with resuming the Islamic way of life. The Arabic language is needed to deduce solutions from the Islamic perspective in leading an Islamic way of life.

Deducing the solutions requires the comprehension of the Arabic language, since Ijtihad can be performed only in Arabic. Also, to produce original material requires from us
to directly access the revelation, otherwise we will be restricted to thought based upon
translations or secondary works.

When the campaign against Islam reared its ugly head, the Europeans specifically targeted the Arabs and Turks. The Turks were targeted because the ruling belonged to them while the Arabs were targeted because the heart of Islam was nestled in the Arab world, due to the Arabic language. Missionary campaigns, ideological and cultural invasion, and secret associations were established specifically in those area to destroy the fabric of the Islamic State. Therefore, the work for revival mandates that it commence in a well defined area, a location where one would be able to establish a creative way of thinking which leads towards revival.

Today, as Muslims reflect on their past and look to the future, it is required for them to
make the study of the Arabic language an integral part of their study of Islam. We need
Mujtahideen, legal experts of Shari’ah, Muslim thinkers, judges, and statesman, all of whom must have a good command of Arabic, the language of Qur’an. The Prophet (saaw) said:

“I am the most eloquent Arab being one of Quraysh”. Allah says,
“We have revealed it as an Arabic Qur’an.” [TMQ 12:2]
Arabic is the official language of the Islamic State, as the Prophet (saaw) used it in
government affairs and the Khulafah followed suit. The Muslims should not heed to the
rumors from the West and their sympathizers amongst the Muslims who claim that calling
for the study of Arabic and adopting it as the official language of the state means calling
for Arab nationalism or an “Arab Islam”. All Muslims, Arab and non Arab should leave
aside national affiliations and patriotic affinity and identify themselves with Islam.
Let us not forget that the West attacks the Arabic language and its study as a part of its
campaign against Islam. That’s why they do not direct their attacks against Turkish,
Somali, Urdu, Bengali, Pushto, Malay, Chinese, or Farsi even though millions of Muslims
speak those languages. All Muslims are called upon to defend Arabic in the manner they
defend Islam.

The following is an article writte by A. Y. Husaini.

Damascus and Ankara “There is no permanent hostility in politics”… Strategic imperatives.

Wars and the search for their criminals… “An objective reality”.