Nawal El-Saadawi A Vindication of the Rights of Arab Women 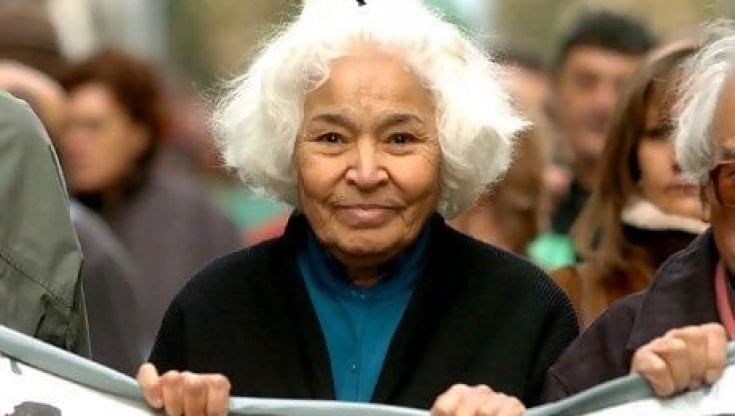 Nawal El-Saadawi is a controversial figure who contributed to the development of women’s rights through her work as a Physician and through writing outputs. Egyptian/African El-Saadawi known in different aspects: medicine, feminism, writer and psychiatrist, not only in the Arab World but Worldwide as a pioneer advocate towards raising the status of women during an era when women were deprived to achieve their full rights.

In her childhood Nawal El-Saadawi protested against gender favouritism related to discrimination/diversity between girls and boys, led to important queries: “why names of children attributed to father’s name and not to mother’s.
Over and above as a girl her movement to go outside the house was conditional to be permitted by her parents, such rule was repulsed, therefore transformed this reject into acts: not only she sneaked out but also had a hair cut in denial of the say: “woman’s hair is her crown”.

During 1950’s women were faced by sexual harassment but did not dare a say: El-Saadawi too was subjected to this: at six was forced to undergo genital mutilation! The second harassment was from the doorman, like others did not declare the incident.
Rebelling against the constraint of family society measures taken against girls, she decided to study medicine, and was the only woman in the faculty then.

In her dailies: “Memoirs of a Woman Doctor” Nawal El-Saadawi denounced cultural belief in marriage; “A good cook is a good wife” this is unfair for Arab wives as they will end up trapped in kitchen with the continuous smell of onions and garlic.

She herself gave up three marriages each of a cause of violating her rights.
Additionally, while practicing medicine in rural areas she dedicated herself to undertake women’s issues including virtue, violence by men who controlled their lives. Revealing too many acts practised mainly honour crimes. El-Saadawi confronted the reason: why sinned male kills his sinned sister or daughter, while he might be guiltier by his acts?
Queries lead to be a woman’s rights protector by showing in upcoming Memoires stories about other women suffers. Most of which was accumulated in Memoirs of a Women Doctor and in the famous story prisoner Firdaus who was sentenced to death for murdering her pimp. Firdaus life journey full of mistreatment and rejection by family, society; ends her up on street. Thus, will lead readers to a strong belief that everyone in Firdaus’s life is responsible directly or indirectly for her falling into prostitution.

Women at Point Zero published 1975 in Arabic; a real story based on meeting with female prisoner who retold to El-Saadawi her life story before execution. A woman at Point Zero was translated to English 1983 by Dr. Sherif Hatata (1923 – 2017) ex-husband of El-Saadawi and a Physician too.

El-Sadaawi advocated against circumcision that is made in primitive/illegal way resulting the death of thousands of girls constantly. Additionally is against male circumcision too.
Critiques thought that El-Saadawi demands were “impossible to change”, since its contents are deep-rooted in population minds and in law.

• Hijab, if it is an obligation, then why men do not wear it?
• Equality in inheritance.
• Ending polygamy, and/or permit polygamy for wives too.
• Sex is a free decision by individuals.

El-Saadawi 1931-2021 died at age of 90 after a bitter struggle with illness. Leaving behind 40 books most translated to English.

Unforgettable scientific/literary personality, dedicated her life to free slavery, liberation for all, and rid society of legacies that delays its progress.
In addition, contributed to codifying precedents and revealed secrets related to women. In presence, in absence, El-Saadawi left a debate between rejections of her principals culturally and socially versus the acceptance by radical/democratic reform groups and