Towards coexistence among the members of one community 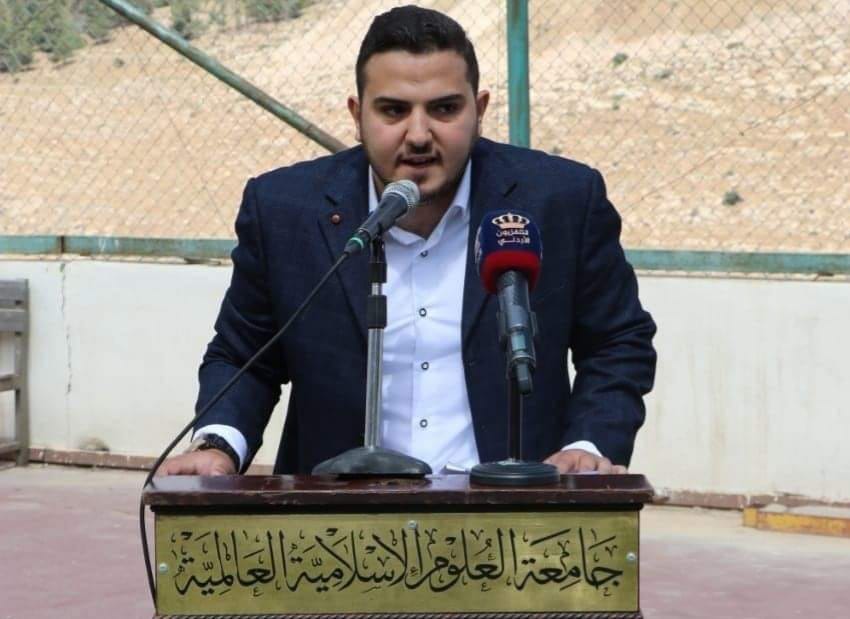 A recent book (the question of coexistence, its method, and its roots in religion) was published.
For the Islamic thinker Rabie Al-Aydi.
This book, which emphasizes on position of human rights in Islamic jurisprudence and thought in general, and because of the importance of the topic at hand, I presented it in one article to be accessible to all, we hope that you will see a culture of coexistence in Arab societies.

It should be noted at the outset that we live in our dear society in a state of mixing among the people of the country, sponsored by the Hashemite trends to spread the culture of coexistence and lofty human values.

Throughout history, the concept of coexistence has taken on great importance, even among adherents of different religions, races, and sects, because they understood and were certain that the real alternative to coexistence is exclusion, fighting and chaos, and the resulting ruin of the homeland and man. Coexistence is not only a civil necessity, but a religious duty.

The Qur’an came with the roots of coexistence, and that it is a religious principle necessary for the continuity of life after we acknowledge the universality of diversity.

The book is divided into three important themes:

1_ The Quranic and Prophetic vision of coexistence:

Coexistence is a religious principle, not a political tactic, as some religious currents portray it. Whoever contemplates the Holy Qur’an and the Sunnah of the Prophet will find dozens of texts that came to confirm the concept of coexistence with the other, as long as this means not declaring hostility to society, regardless of the color, shape or religion of the other. The Holy Qur’an urges man to getacquainted and cooperate with his fellow man as long as this cooperation is in the field of goodness.

In the name of God, Most Gracious, Most Merciful.
[Alroom:22]
“And among His Signs is the creation of the heavens and the earth, and the variations in your languages and your colours: verily in that are Signs for those who know “
This Qur’anic text clarifies that the difference is a divine Sunnah and one of the signs of God Almighty, so a person has to coexist with this divine Sunnah and with this diversity and difference ,the tongue is the indication of the mind in what it wants to express ,the color difference is due to the material ,the text talks about the inner and outer interior of human.

As for the Prophetic Sunnah: It is sufficient for us to shed light on the prophetic frameworks that were written in agreement between the people of Medina of their different sects, colors and religions. The doctor highlighted in his book the conditions and importance of the document

Our reality today in the Arab world is in dire need of peace and non-violence.
Let us listen to each other and coexist safely, because violence is still violence, and schools of thought must expand their chest to disagreement and disagreement between us, and we must work based on the rationalization of disagreement, which is a way of creativity, not a path to conflict and exclusion of the other.

3_ Participation in the homeland: Partnership in the homeland is an important principle in Islam, even if the Muslim is in the West, he must participate with members of his community in a positive cooperative relationship, preserve their rights, and be honest in dealing with them.
This cooperation that establishes a strong state in which all parties participate, so it is not permissible to classify the sons of the homeland who protect it and live in it on a religious basis even though they belong to their religion and are proud of it ,Therefore, it is not permissible to classify citizens as a first-class, second-class, third-class citizen, and so on…

Among the most prominent things that must be mentioned and drawn to the attention
talk about participation in the homeland:

1. Activating the role of women in society:

Unfortunately, there are some religious trends that see women as having nothing more than household chores: sweeping, cooking, and so on…
They thus freeze the energy of society; But we must know that no matter how much we talk about women and their participation in society, there is no point if a woman does not feel this responsibility.
She must refuse to be marginalized, and to has a will from within that forces her to work and produce.
I

n our discussion of women, we must differentiate between the presence of women in Islam as an important element that should not be marginalized, and the employment of women in the sense of exploiting them to achieve personal desires ,the injustice that afflicts women in Islamic societies is not the result of Islam, but rather the result of the perceptions of some Muslims about women that have nothing to do with Islam.

2- Activating the role of youth in society:

We all know that youth is a great energy and must be directed correctly, and any progress is linked to the attention the state gives to the role of youth, after they are properly prepared. The authority is the decision-maker in providing opportunities for young people, to bring benefit and goodness to society.
The biggest problem facing any authority in the world is that it may include qualified elites, but unfortunately they do not find opportunities to work in their countries, which means that they migrate, and their achievements and giving abroad.

This book has importance on the religious and national levels, and in order to move away from theorizing to the application to complete efforts, it is necessary to focus scientific, intellectual and religious institutions, universities and colleges of Sharia on moral concepts and values. Giving more space to explain the status of human rights in Islam, issuing discussion papers and scientific recommendations, holding youth seminars on these topics, and combating extremism in a contemporary scientific way.